We bought our house in 2010 knowing it was going to need work. The pond, however, was one big the selling points. The pond was installed by the previous homeowner who claimed to have worked as a landscaper. For six years, unlike the other work the previous owner did on the house, the pond ran well and we only had a few minor issues with it. As you can see, the pond was a two-level layout. The upper level was a bog garden, the only source of filtration. The lower level was five feet deep under the waterfall and gradually declined to six feet deep below the skimmer. There are no bottom drains and the bottom of the pond is covered with three quarters to one inch-sized gravel. We estimate the volume was about 11,000 to 13,000 gallons.

Two years ago (early 2016) we noticed the pond needed topping off far more often than previous years. In late 2016, we were losing one to two inches of water a day and we began planning a remodel for early 2017. Unfortunately, the contractor we started to work with moved on to another project around the time we were planning on starting and we scrambled to find a landscaper. In the meantime the leak in the pond had progressed to losing four inches of water a day and we moved the fish into an above-ground swimming pool. The fish seem to be fine in the pool, waiting for their new pond.

Fast forward to 2018 and we have found a reputable landscaper named Urban Escapes and are working on the final touches to the planned remodel. We’re now about a month away from the start of the pond remodel and will try to share as much of the process as we can, and some of what we have learned as well. 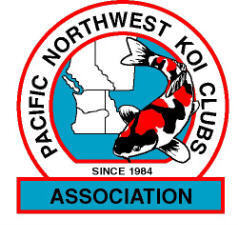